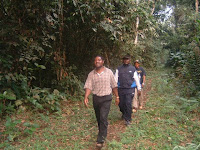 Seldom, do we have the opportunity to design facilities that are completely self sustaining and/or 'off the grid.' The site for African University is located in the middle of a rain forest. Access to the site is currently via a footpath (as shown to the left). Existing resources to support a university campus are non-existent. Therefore, the African University facilities need to serve as a premiere example of how sustainable design and construction can be implemented.

Sustainability is a broad term. For us, sustainable means designing a facility that will endure time and consume minimal resources. Our team plans to implement sustainable construction methods via the building system design and site development. Building systems include the materials of the structure, mechanical, electrical, and plumbing systems. Preliminary ideas for these systems include the use of rain barrels, solar panels, wind turbines, large fan systems, and standby diesel generators.

Knowing the extent of what materials are available and current construction methods are one of the goals of the trip ... which begins in only 6 days!

Posted by Corrie at 1:14 PM No comments:

Dr. William Agbor Baiyee emigrated from Cameroon to the United States after high school. He is an academic administrator at Indiana University School of Medicine, Indianapolis. Faith and philanthropy are important to him. He enjoys reading and writing poetry. Dr. Baiyee is involved with several local and national civic and professional organizations including membership in the Rotary Club of Indianapolis. 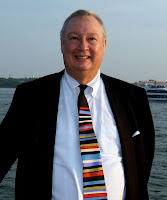 David is a transactions and securities lawyer handling complex matters (including dispute resolution) in the U.S. and abroad at Harrison and Moberly. David also serves on the advisory board of the Supply Chain & Global Management Academy of the Kelley M.B.A. program at Indiana University, and holds a federal appointment as Chairman of the Indiana District Export Counsel.
Fun Fact: David is a published poet.
Cathy Davis, Treasurer 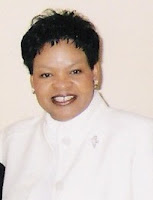 Cathy Davis is a Staff Accountant at the Central Indiana Community Foundation. Cathy also serves on the Board of Directors of the National Coalition of 100 Black Women Board of Directors and is actively involved with several civic organizations. Cathy sees African University as an excellent opportunity to provide students in Africa an opportunity to acquire an integrated experiential education to become leaders. 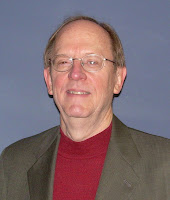 On July 4, 1976, Wayne celebrated his own “Independence Day” by opening a one-man architectural office. Armed with his undergraduate degree and $800 in savings, he launched into the world of business. Today, he serves as CEO/Principal of that firm—now one of the largest full-service architectural/engineering firms in the state. He is a member of the Rotary Club of Indianapolis.
Fun Fact: Known for his red hat and distinctive ties
Sarah Hempstead, AIA, LEED AP 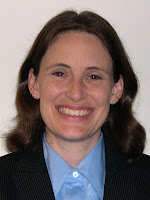 Although Sarah considered engineering in college, the creativity of architecture was a stronger draw. As a Principal and architect, she leads both the university and urban environment studios. Whether it’s on a college campus or in a downtown setting, she recognizes that architecture makes a strong impact, presenting the opportunity to enrich people’s lives. She is a member of the Rotary Club of Indianapolis.
Fun Fact: Backpacked from Egypt to Ireland in 1997
Corrie Meyer, AICP, RLA, LEED AP 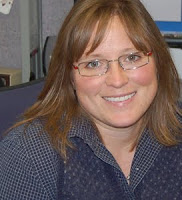 As an Urban Planner and Landscape Architect, Corrie enjoys working with motivated communities to turn their world around physically, economically, and emotionally. She believes that planning is a tool that successfully leads us into the future. The key is to plan for necessity, comfort, and the environment.
Fun Fact: Climbed Mt. Kilimanjaro in Tanzania, Africa in 2005 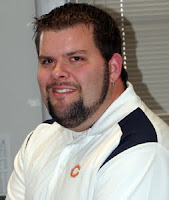 Milwaukee, WI is where Martin's love for architecture was fueled by living a mile from Santiago Calatrava’s iconic art museum pavilion. Seeing how forms from nature can be incorporated into the built environment has greatly influenced the way Martin approaches design.
Fun Facts: Enjoys reading and ancient Roman and Greek literature. Also, he thinks the word ‘waffle’ is the most fun to say.
Posted by Corrie at 1:31 PM No comments:

For several years, the African University Foundation has been formulating ideas, relationships, and plans to develop African University near the small village of Tali in Cameroon, Africa. Earlier this year, Schmidt Associates was selected to create a campus master plan for the new university. The private, non-profit university campus will provide excellence in education by:
The 50-year Campus Master Plan preserves and reinforces the surrounding rain forest environment, develops and maintains a cohesive campus landscape, and sets the framework for future development in an orderly fashion.
Posted by Corrie at 1:08 PM No comments:

This is the most unusual assignment we've ever taken on. In December, Wayne Schmidt, Sarah Hempstead, Corrie Meyer, and Martin Sams will travel to Cameroon to see for the first time the place where the new African University will be built. Our goal is to create a master plan for the campus—to build a university where there has never been one.
Posted by Schmidt Associates at 10:09 PM No comments: